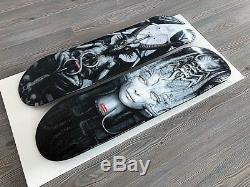 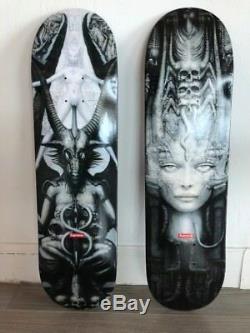 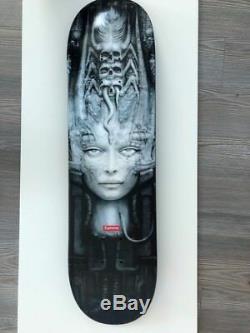 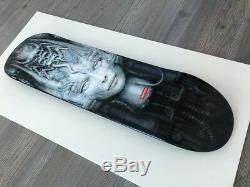 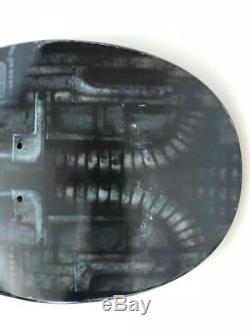 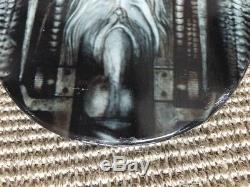 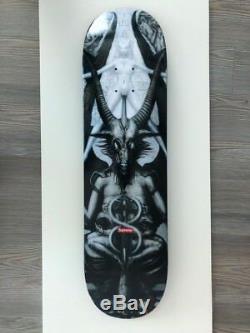 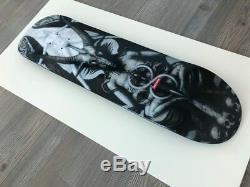 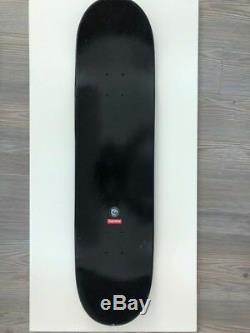 Giger x Supreme "The Spell IV" Limited Edition Skate Decks. Giger x Supreme "Li II" Limited Edition Skate Decks. A study of birth and death with a tinge of horror and sexual innuendos, artworks by H. Giger helped to elaborate not just illustrations within the sci-fi genre but expanded the concept beyond print and into films. Right before his unexpected passing, Giger worked with New York-based streetwear brand Supreme to have his works immortalized on a set of limited skateboard decks. Featuring The Spell IV, an ongoing series that started in 1970s, on one, and Li II, a tribute to his muse Li Tobler on another, the decks were part of the Supremes Fall/Winter 2014 Collection. The incredibly unique and iconic artworks by H.