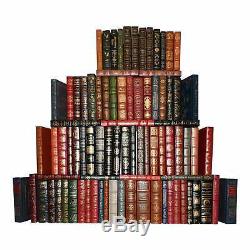 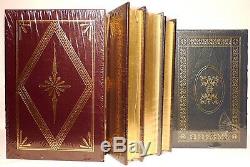 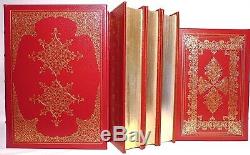 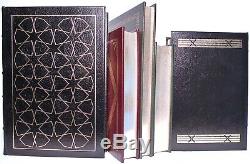 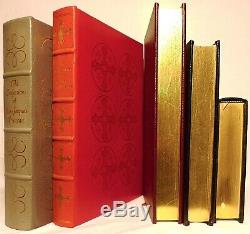 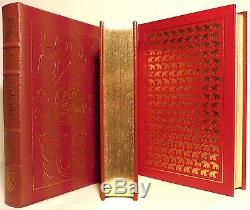 (7) Signed (S) First Editions (additional signed book in Library of the Presidents). (S) Blown Away by A. (S) Bully for Brontosaurus by Stephen Jay Gould.

(S) In the Company of Writers A Life in Publishing by Charles Scribner. (S) Tell Me More by Larry King. (S) The American Family by Dan Quayle & Diana Medved. (S) The Leveling Wind by George F. (S) Windfall by William Buckley Jr.

(42) The 100 Greatest Books Ever Written. A Journal of the Plague Year. Alices Adventures in Wonderland by Lewis Carroll.

Fathers and Sons by Ivan Turgenev. Moby Dick by Herman Melville. On the Origin of Species by Charles Darwin.

Short Stories by Oscar Wilde. The Alhambra by Washington Irving. The Autocrat of the Breakfast Table by Oliver Wendell Holmes. The Confessions of Jean Jacques Rousseau.

The Descent of Man by Charles Darwin. The Divine Comedy by Dante.

The Poems by John Donne. The Poems of John Keats. The Poems of Robert Browning. The Portrait of a Lady by Henry James. The Prince by Niccolo Machiavelli. The Red and the Black by Marie-Henri Beyle (Stendhal). The Rise and Fall of the Third Reich by William Shirer. The Tales of Guy de Maupassant. The Three Musketeers by Alexandre Dumas. The Tragedies, The Comedies, The Histories by William Shakespeare. Three Plays by Henry Ibsen.

(2) Books that Changed the World. Being and Nothingness by Jean Paul Sartre.

The Social Contract and Discourses by Jean Jacques Rousseau. (2) Masterpieces of Science Fiction. The Claw of the Conciliator by Gene Wolfe. (5) The Collectors Library of Famous Editions. Bel-Ami by Guy de Maupassant.

Far from the Madding Crowd by Thomas Hardy. Hard Times by Charles Dickens.

Tess of the DUbervilles by Thomas Hardy. The Man of Property by John Galsworthy.

(11) The Library of Great Lives. Alexander Graham Bell The Man Who Contracted Space by Catherine MacKenzie. A Study in Power John D. In Pursuit of Reason, The Life of Thomas Jefferson by Noble E.

Caruso, The Man of Naples and the Voice of Gold by T. Christopher Columbus Mariner by Samuel Eliot Morison.

Einstein His Life and Times by Philipp Frank. Leonardo the Florentine by Rachael Annand Taylor. Peter the Great by Henri Troyat. Winston Churchill by Henry Pelling. (2) Great Books of the 20th Century.

A Clockwork Orange by Anthony Burgess. The Bell Jar by Sylvia Plath. (3) The Library of the Presidents.

A Puritan in Babylon, Biography of Calvin Coolidge by William Allen White. (S) A Time to Heal, The Autobiography of Gerald Ford. Lyndon Johnson and His Times by Robert Dallek. (10) Miscellaneous Collector's Editions.

The Life of Samuel Johnson by James Boswell. The Sketch Book of Geoffrey Crayon by Washington Irving (Masterpieces of American Literature). What the Trout Said by Datus C. Proper (Library of Fly-Fishing Classics).

This item is in the category "Books\Antiquarian & Collectible". The seller is "lachambredambre" and is located in Crockett, California. This item can be shipped worldwide.