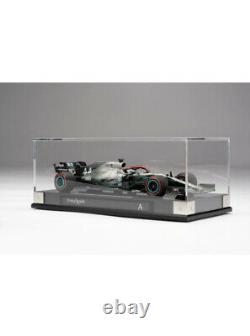 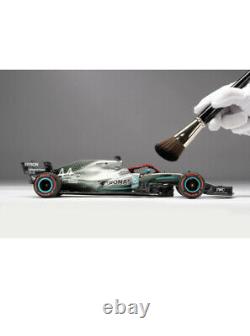 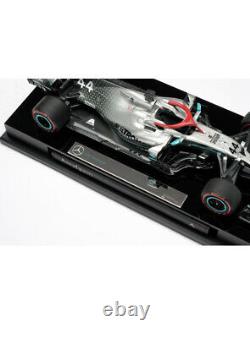 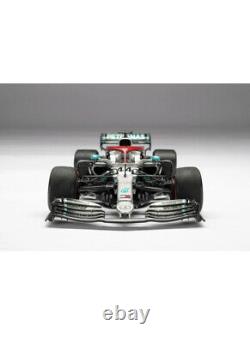 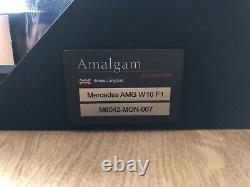 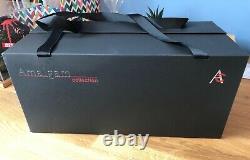 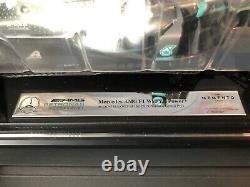 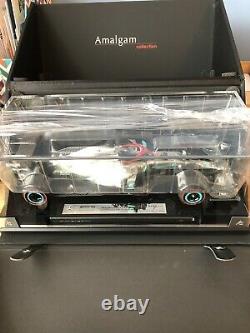 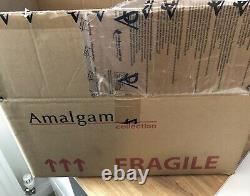 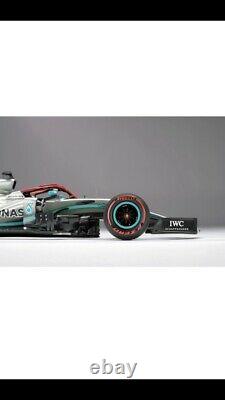 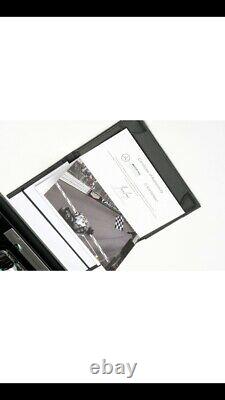 The Mercedes-AMG F1 W10 EQ Power+ Monaco GP is limited to just 150 pieces at 1:18. Number 007 out of 150. Suits nicely to the 7 time world champion Lewis Hamilton. Niki Lauda tribute, incredible detail. Mercedes AMGs contender for the 2019 season, the W10 EQ Power+ had the unenviable task of continuing Mercedes supremacy in the hybrid era of Formula 1. Driven by Lewis Hamilton and Valtteri Bottas, in their seventh and third seasons with the team respectively, the W10 dominated the season, powering Mercedes to their sixth consecutive Constructors Championship win, becoming only the second team in Formula 1 history to achieve this. Hamilton also took his sixth Drivers title, establishing himself out as the second most successful F1 driver of all time, behind only Michael Schumacher. The sheer ascendancy of the W10 was preposterous, so much so that the Constructors Championship title was essentially decided in the first half of the season. It took until the sixth race in Monaco for a rival to stop the team from gaining a 1-2 victory, setting a record for consecutive 1-2 finishes in the process, and it wasnt until Austria, nine races into the season, that another driver other than Hamilton or Bottas finished on the top step of the podium.

Though not even the teams most dominant season in history, the team still scored 15 victories out of a possible 21 and earned a win percentage of 71.4%. Development of the W10 began at the end of the 2017 season and, over the course of the 2018 season, even whilst Mercedes were still in the midst of an exciting and challenging Championship fight, more engineers at Brixworth and Brackley were assigned to the project.

In fact, in the chassis team, more than half of the engineers in the Design Office were working on the W10 by the summer break. By October, when the team were wrapping up the Championship, the whole factory was working flat out, designing and producing parts of the future contender.

Compared to its predecessor, the W10 changed substantially. The majority of those modifications were driven by the significant changes to the Technical Regulations for the 2019 Formula One season. Even though the minimum weight limit was lifted by 10kg for 2019, weight reduction remained a real challenge. Components that were stripped to the bone in 2018 were taken, one by one, and subjected to a further round of aggressive analysis to shave further weight from them.

Collectively, this added up to a handful of kilos that were invested back in the car on aerodynamics, suspension and Power Unit to bring performance. Overall, the W10 earned 15 wins, 17 further podiums, 10 pole positions and 9 fastest laps, scoring 739 points and winning Mercedes-AMG Petronas Motorsport both the Drivers and Constructors Championship titles. This intricately hand-crafted 1:18 scale model of the Mercedes-AMG F1 W10 EQ Power+ is based on Lewis Hamiltons winning car in the Monaco Grand Prix on 26 May 2019.

On the Saturday, Hamilton took pole position with a new track record ahead of teammate Bottas, meaning Mercedes equalled the record for most front row lockouts and Hamilton took the record for most pole positions with one constructor. Hamilton endured a frantic afternoon on race day, securing the 77th win of his career, after a near race-long battle with the Red Bull of Max Verstappen. He struggled to extend the life of medium tyres put on during a Safety Car period caused by a puncture for Ferrari of Charles Leclerc, claiming on the team radio on lap 50 of 78 that his front left tyre was already dead, yet produced a piece of magnificent defensive driving to ensure he crossed the finish line in first position. This model was created by the Amalgam Collection, in collaboration with the Memento Group. These exquisite models have been developed in workshops of Amalgam with the assistance of Mercedes-AMG Petronas Formula One Team regarding CAD data, original finishes, materials and original drawings.